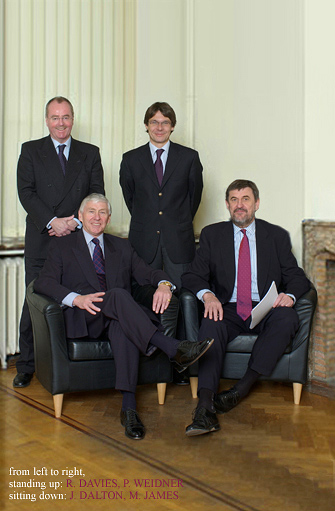 Bachelor in marketing and master in politics, founder director of Logibel. He has practical experience of the various stages that lead to finished projects. He has been actively involved in the development of 64 sites representing more than 350.000 m2 residential and 35.000 m2 office space in Belgium.

BSc, FCA, ATII, founder director of Liberty Properties Holdings Limited, a private company based in South Wales, primarly engaged in property development and investment. He is also a founder director of several technology companies specialising in security and healthcare software. He is currently the chairman of Morgannwg Health Authority which has an annual budget of £680 million serving the needs of a population of 500.000.

Co-founder and former owner of Days Medical Aids Limited, which became a leading manufacturer of rehabilitation products, exporting to over 85 countries worlwide. He is engaged in several businesses and advises private and public investors.

Has had an extensive career in construction and property development. Formerly with Bovis Group and Thyssen, he is a founder director of Liberty Properties Holdings Limited, a private company based in South Wales. He is also engaged in a number of other business including security services.